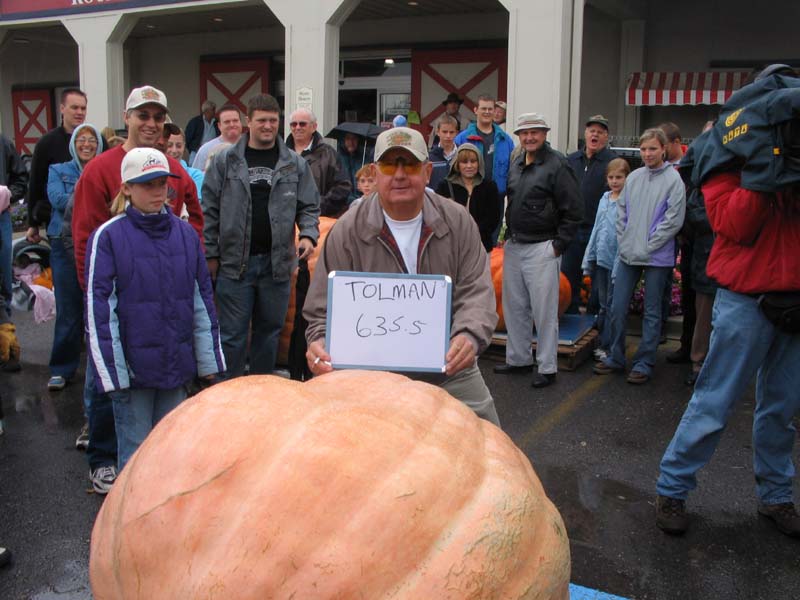 Ray is considered the Father of Giant Pumpkin Growing in Utah. Ray was involved with giant pumpkin growing from the beginning and set the first Utah State Record of 132 lbs. back in 1990 before Altantic Giant seeds were used in Utah. He has held the state record three times. Ray has spent years promoting the sport of giant pumpkin growing in Utah, organizing weigh-offs and more. Many of Utah's top growers consider Ray to be a mentor to them. Ray was instrumental in the organization of the Utah Giant Pumpkin Growers club in 2005 and served as the Membership/Sponsorship Coordinator and also Vice President during the first 5 years. Pumpkin growing in Utah would not be what it is today without Ray Tolman.